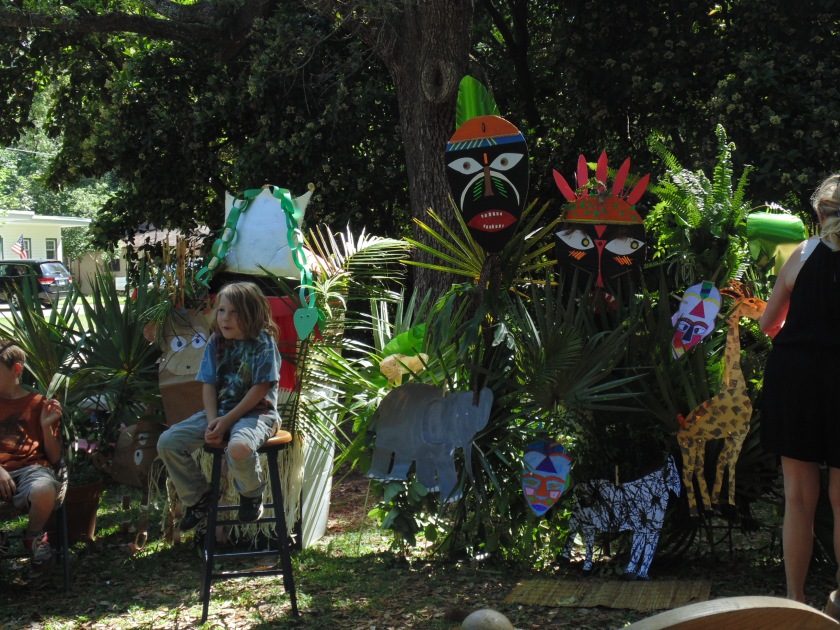 It was Front Porch Library day–and I do mean day. We were sprucing up for our moment of fame on WFSU and before long we had almost all our regular library kids helping–not to mention working in clay, shooting hoops and making glued yarn pictures with what Connor described as “the colorful yarn.” Some even wrote their “why I want to go to summer camp” essays.

While all this was going on Miss Kary replaced the torn out screen on the porch (someone locked the do-not-lock upper lock in the door and we had to rip our way in), and Mr. Ray and Klark replaced the window pane Klark exuberantly and accidentally broke with a soccer ball (we’ve all done that, right?), and Miss Jennifer Woodard with much help built the jungle set for the Tallahassee debut of “How the Frog Lost His Tail,” and I kept straightening while right behind me others kept messening.

So, from about 9:30 on the library was in full swing. Mr. John arrived and the cake decorating reached new heights. Let’s just say chocolate cake, chocolate icing with blue drizzle accents, sprinkles and (this is the piece de resistance) we had a box of Girl Scout thin mints we discovered would stand up like fins if an edge was shoved into the cake.

By the time WFSU arrived we were at full roar. They managed to interview many of us and shoot footage of everything from our shark-finned cake to our puppet show (we pulled it off, woo-hoo!).

It was a great and very full day at the FPL. May I collapse now? 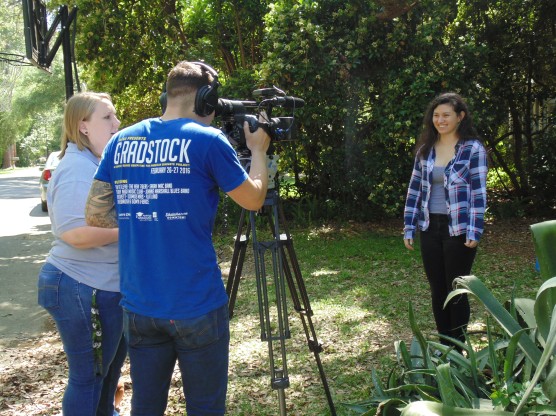 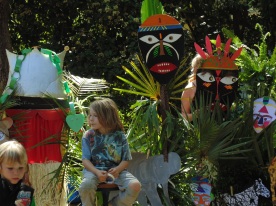 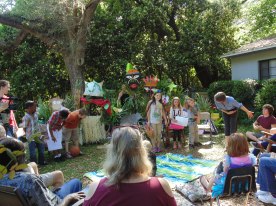 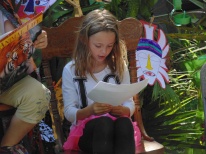 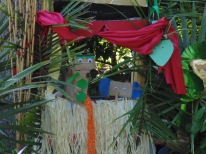 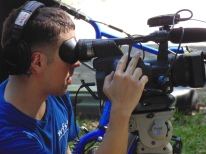 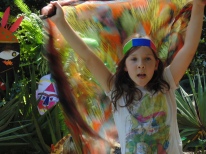