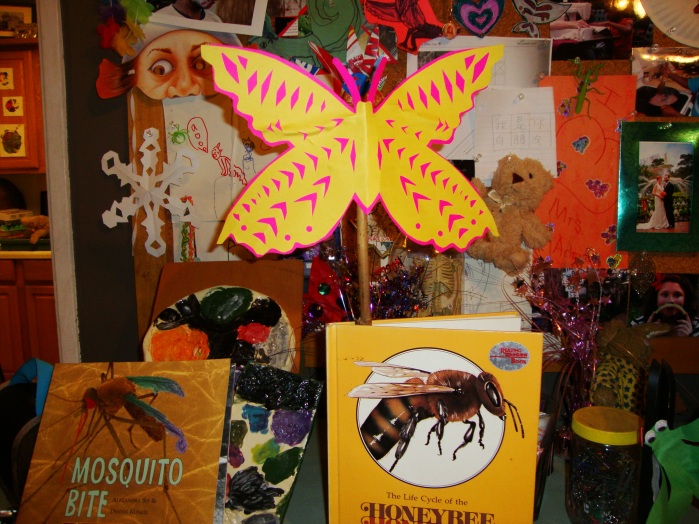 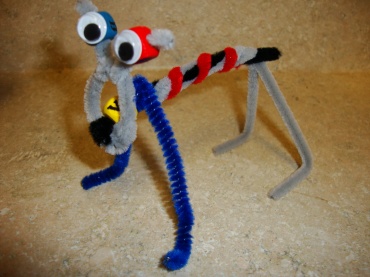 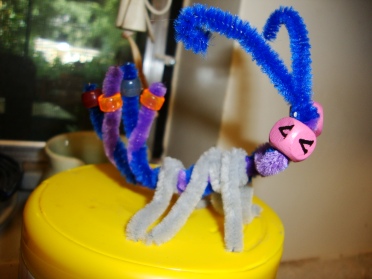 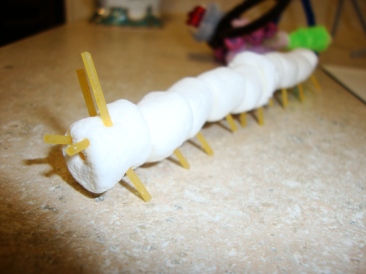 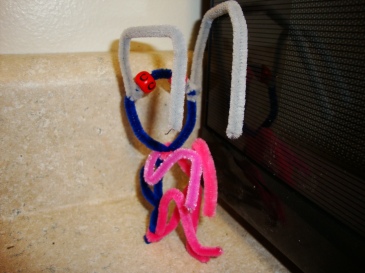 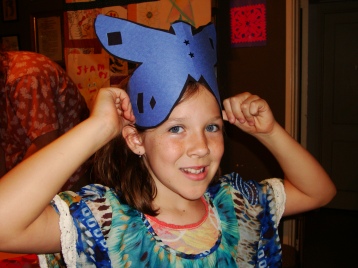 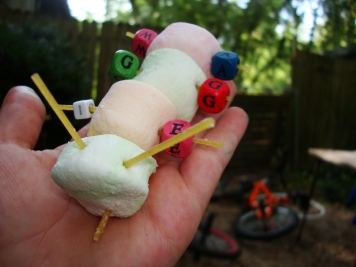 It was insect day at the library. We began with the serious stuff. Me. Talking. It is always in this portion of library that I wish I had taken that education class “classroom management.” The kids were LOUD today. Miss Kary took a shot at it. She did better. After discussing the attributes of insects we settled in for our 15 minutes of reading.

After that we cranked up the BUG FACTORY. We made bugs out of everything from colored paper to marshmallows and spaghetti noodles. We also hunted for insects in the yard with our trusty plastic bug-collecting box.

Corrin and Chloe returned from a road trip with their mom that took them up to New York. I spoke to them on Skype while they were away and told them they could choose the cake for their return to the FPL. The request was red velvet with chocolate icing–and sprinkles, so that is what we had.

I went back to double-check things at the library at dusk and as I crossed the street to go home a car pulled up. In it was one of the families that was there on day one–and whose daughter, Kelsey, was the reason we started the library in the first place.

As she so famously said when I asked her if she liked to read, “Oh no Miss Adrian, I don’t like to read. I love to read.” Children who love to read are rare, but we keep trying to cultivate them.