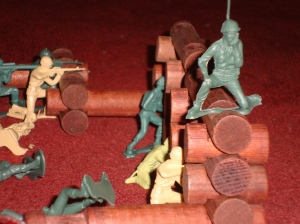 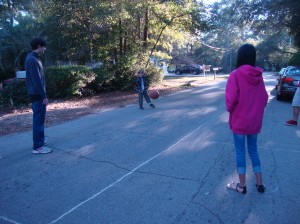 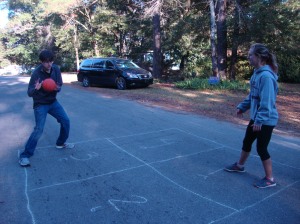 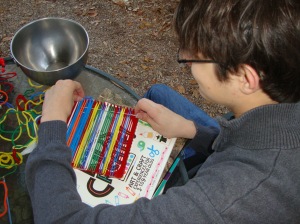 An amazing group of volunteers joined us today.  They sorted books and craft supplies, kept eyes on the 8 year-olds who move at about a mile-a-minute, played basketball, made potholders, invented clothing for Rocky Jr. the pet rock, and helped us eat cake.  Midday through the afternoon an old school version of box ball (a.k.a. four square) took place.  Harper held his place for an impressive amount of time.  Also, we now know Jorge’s varsity sport.  He’s been a reigning box ball champion since the third grade.

John and Hanna made sure that reading took place.  Ray made sure that epic battles could be staged in miniature with a new old set of Lincoln Logs and army guys.  Adrian went off to sing, and still it was another great day at the library.  Couldn’t have done it without volunteers.  Thanks everybody — you know who you are.